My publisher First Second just put out a new book by the super talented team of Gene Yang and Sonny Liew called The Shadow Hero. The Shadow Hero is an examination of the actual golden age superhero character The Green Turtle, believed to be the first Asian American superhero. To celebrate the book's publication, :01 asked me and a whole bunch of other cartoonists to draw our own interpretation of the Green Turtle. Today's my turn. 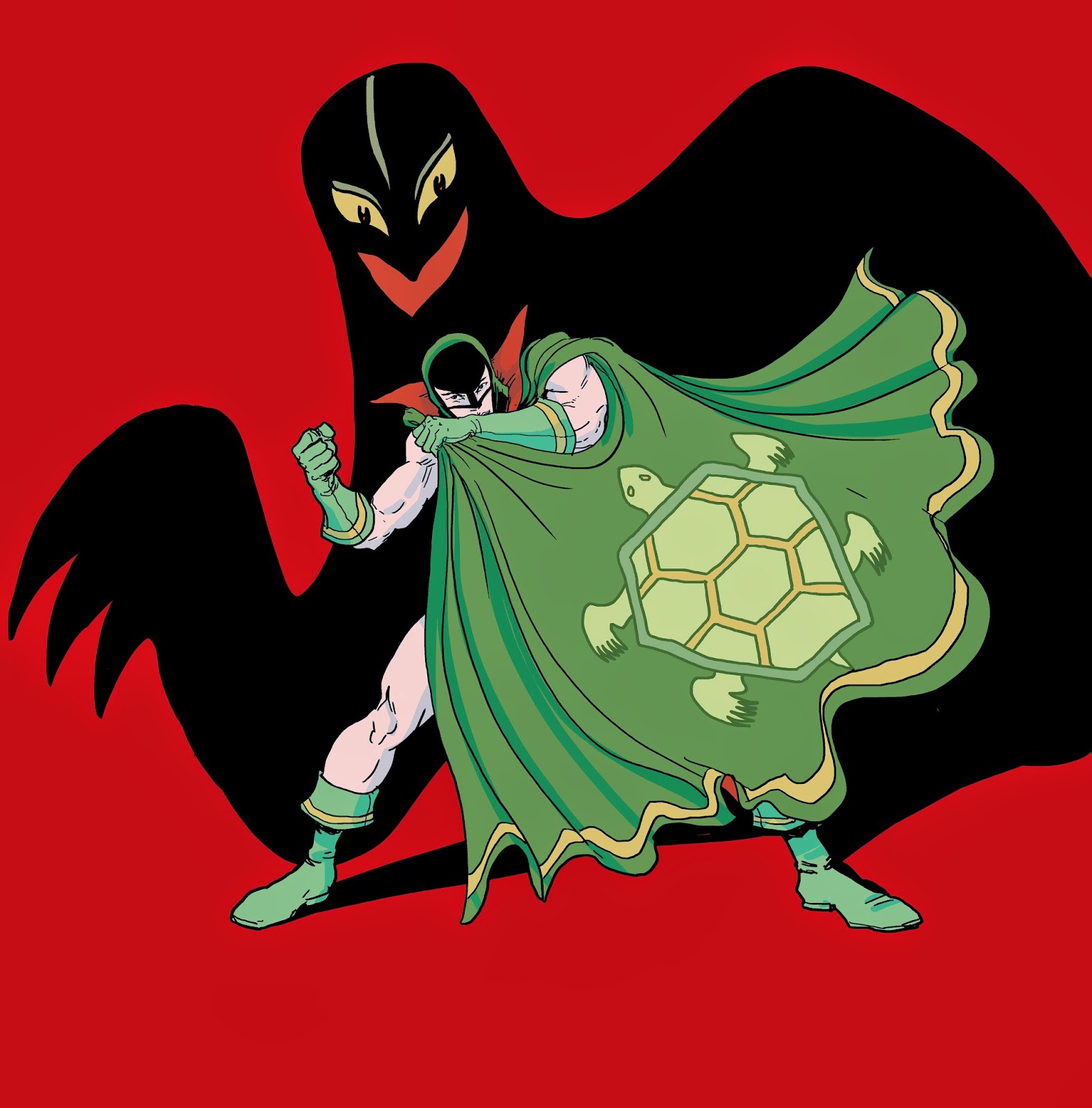 It's a really cool real-life story-- originally created by Chinese-American cartoonist Chu Hung for Blazing Comics in 1944, it is believed that the character of the Green Turtle was meant to be Asian, but that the publishers of Blazing Comics balked at the idea, thinking that the largely white comics buying public of the time wouldn't support an asian super heroic protagonist. rather than draw his creation as a caucasian, however, Hing chose to pretty much never show the Green Turtle's face. Most of the time, he has his back turned to the reader, and in the few instances when he's facing front, he invariably has his arm, a shadow, or some random object obscuring his face. Speaking of shadows, he also occasionally has a bizarre turtle faced shadow following him about, as in my illustration above, with no explanation offered as to why. It's weird, fun stuff, and I recommend everyone pick up The Shadow Hero to see what Yang and Liew did with it.