On October 7th, the new boxed set of the first 6 Olympians books is officially released.
That's six volumes, and a poster, so for each day leading up to the 7th I'll release a post detailing sketches, anecdotes, alternate drawings-- whatever I can find, really, for one of the books in the series. Today, I'll be covering the fourth book in the series,  Hades: Lord of the Dead.

Today we turn our attention to that misunderstood denizen of the Underworld, Zeus's big brother and gloomy lord of the dead, Hades. 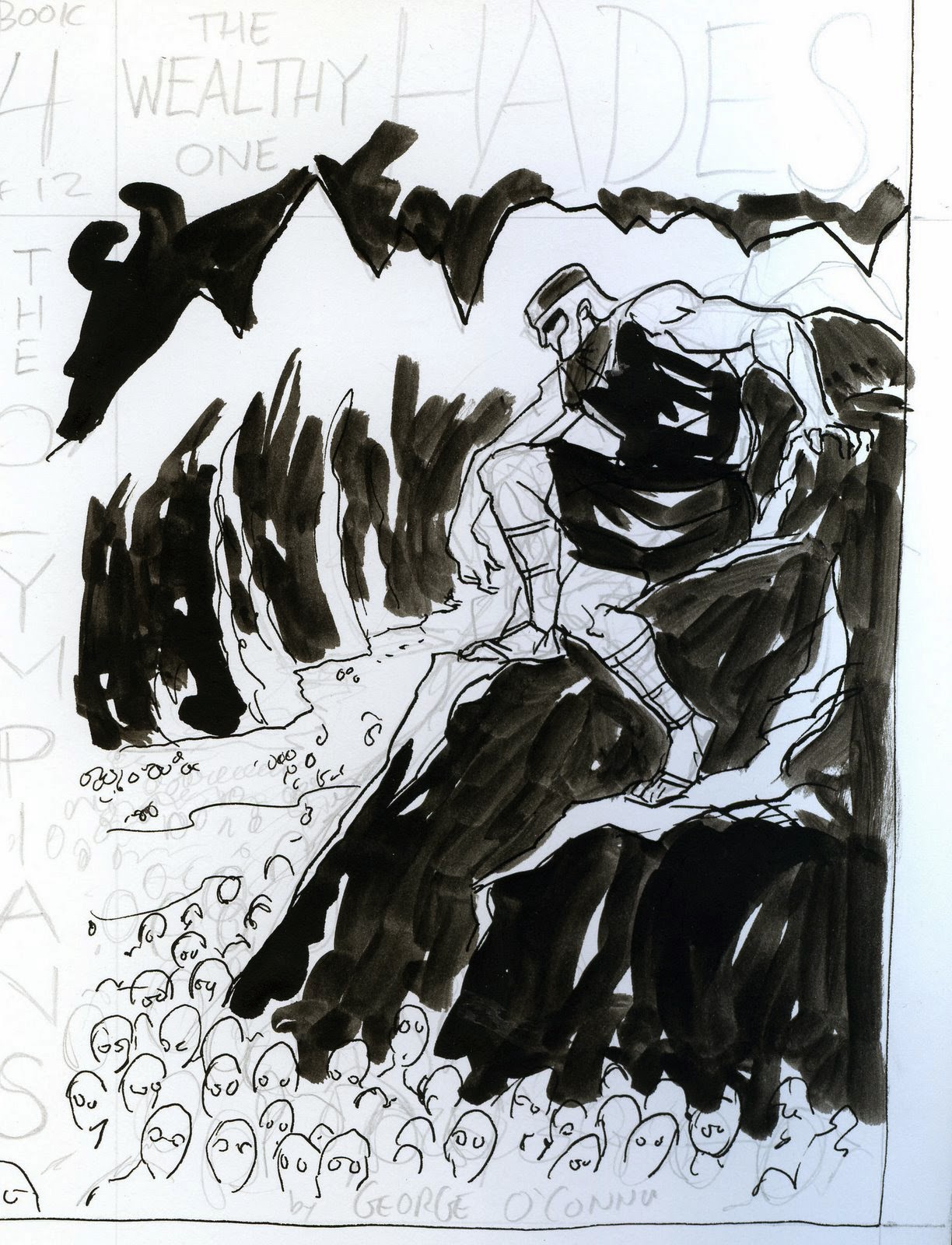 Above and below we see a couple of early cover concepts for Hades's book. Note the original subtitle-- Hades: The Wealthy One. That was what the book was going to called for a long time, a translation of his familiar epithet, Pluto. In fact, if you have an early enough printing of one of the first three Olympians books, you'll see the original title on the back with the little Olympians covers.


As work progressed on Hades, however, my editors felt that the subtitle The Wealthy One was too obscure, and changed the subtitle to the more marketable Lord of the Dead. I was initially bummed about the change, but I've met no shortage of fans who echoed the feelings of my publisher, so I guess they were right. For those of you keeping score at home, that's three books they changed my preferred subtitle on, and only one so far (Athena: Grey-Eyed Goddess) I nailed. I am not the most commercial-minded creator out there. 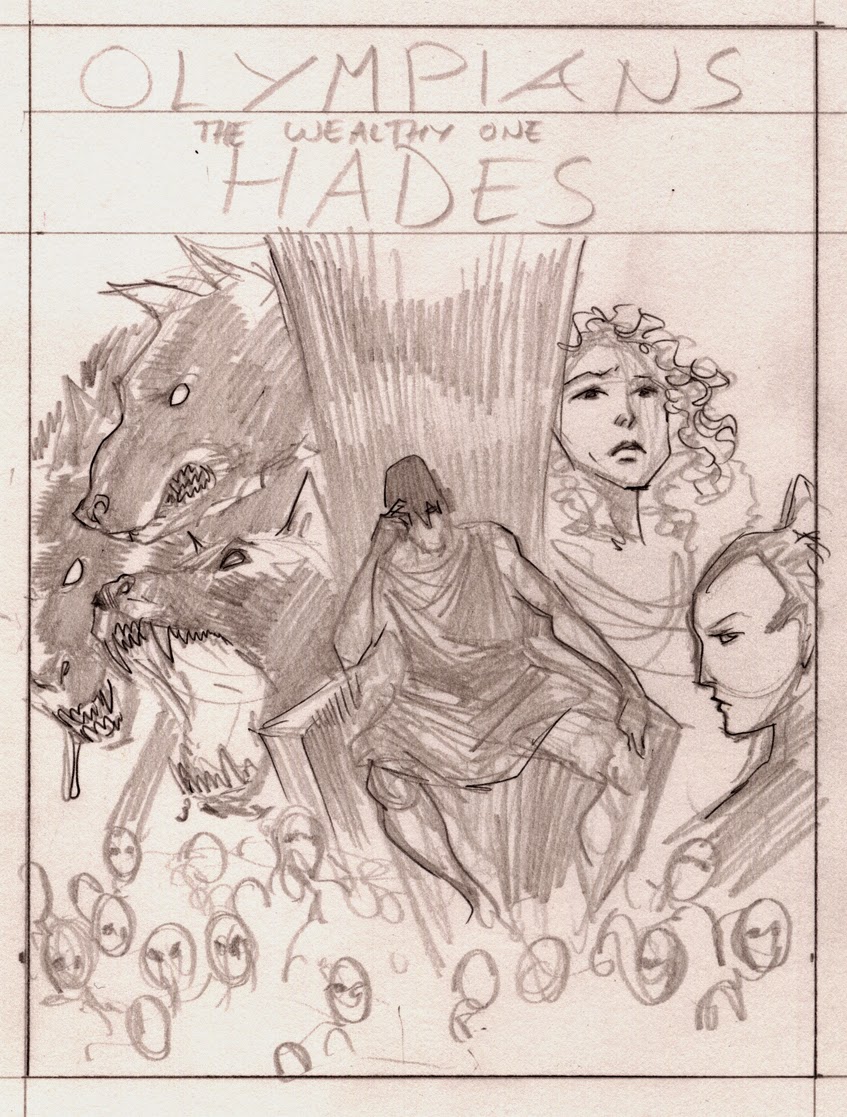 Again, once we established the series look with Zeus, the familiar format established itself. The actual cover for Hades went through a lot of changes. I should also mention, the cover for Hades was done well in advance of the rest of the actual book-- the cover was pictured on the back of Zeus: King of the Gods, the first book in the series. Here is the original okayed rough. 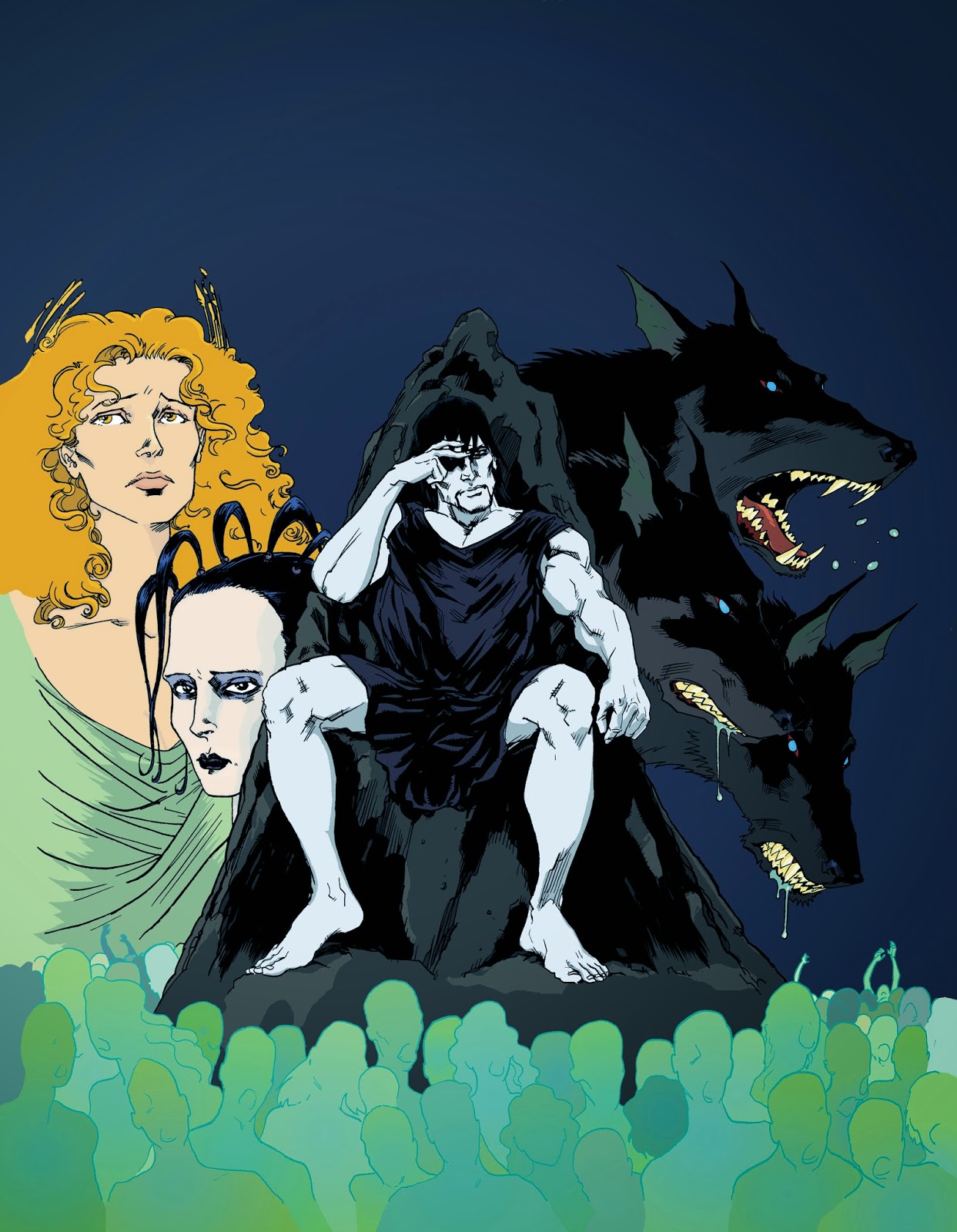 And from that I produced the final cover, or what was considered the final cover for awhile. Eventually, editorial director Mark Siegel called me and shared that, upon reflection, the cover wasn't pulling its weight, which was a conclusion I had just reached myself independently. For starters, I included a closeup of Cerberus, the three-headed dog of Hades. However, if you do a close up of a three-headed dog, it looks like a close up of three separate dogs. And that's just the beginning of this cover's problems.


Added bonus: a photo of me posing as reference for the Lord of the Dead. Strangely my career as a fashion model never took off.


I went back to the drawing board and came back with tis cover, which went on the back of Zeus, Athena and Hera. A lot of eagle-eyed fans have pointed out that Persephone looks really weird here-- as I mentioned, this cover was completed maybe two years before the rest of the book. While working out the story my impression and design of Persephone changed radically. 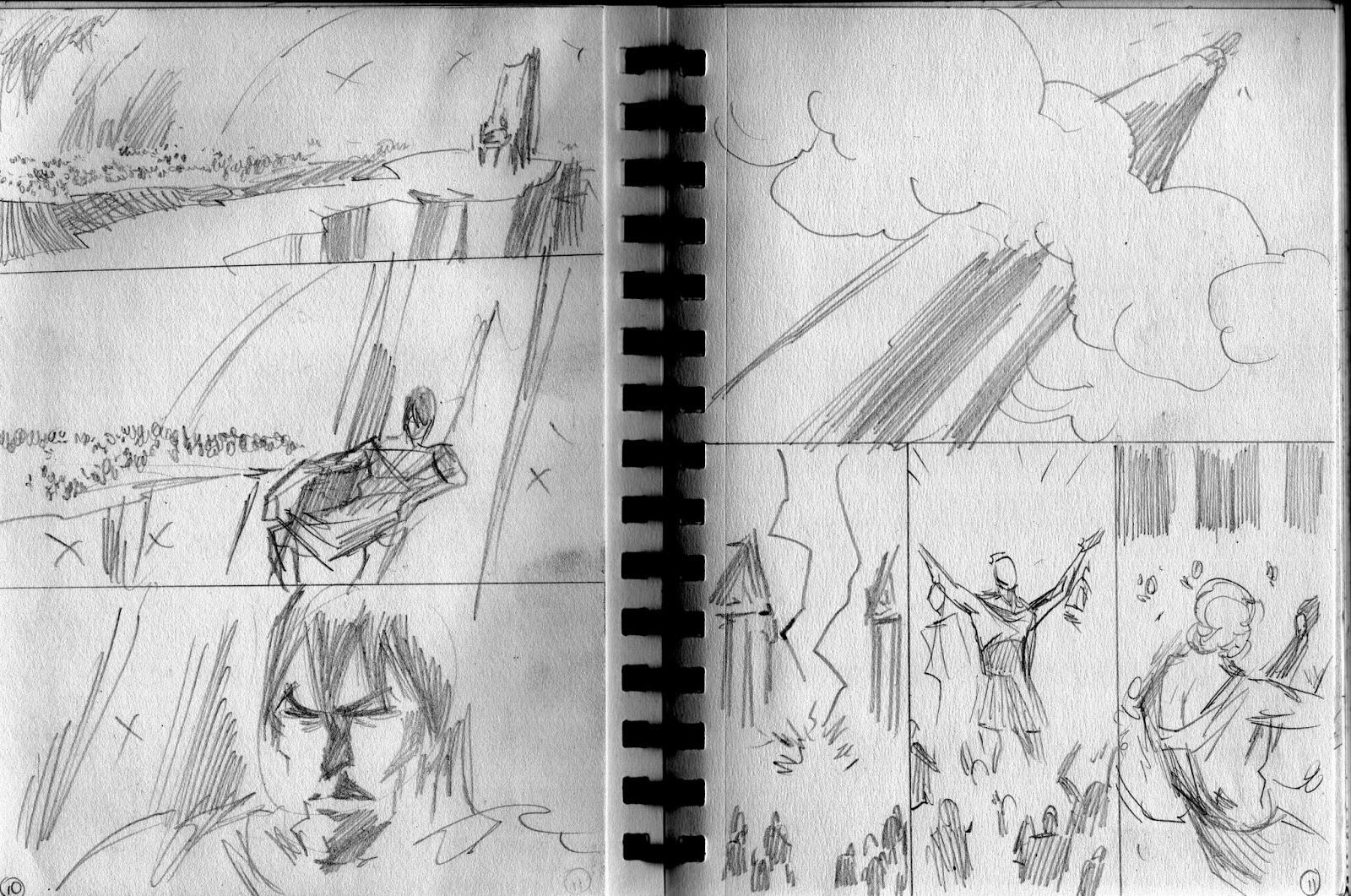 Thumbnails. Notice the steady decline in finish from the thumbnails for Zeus: King of the Gods. 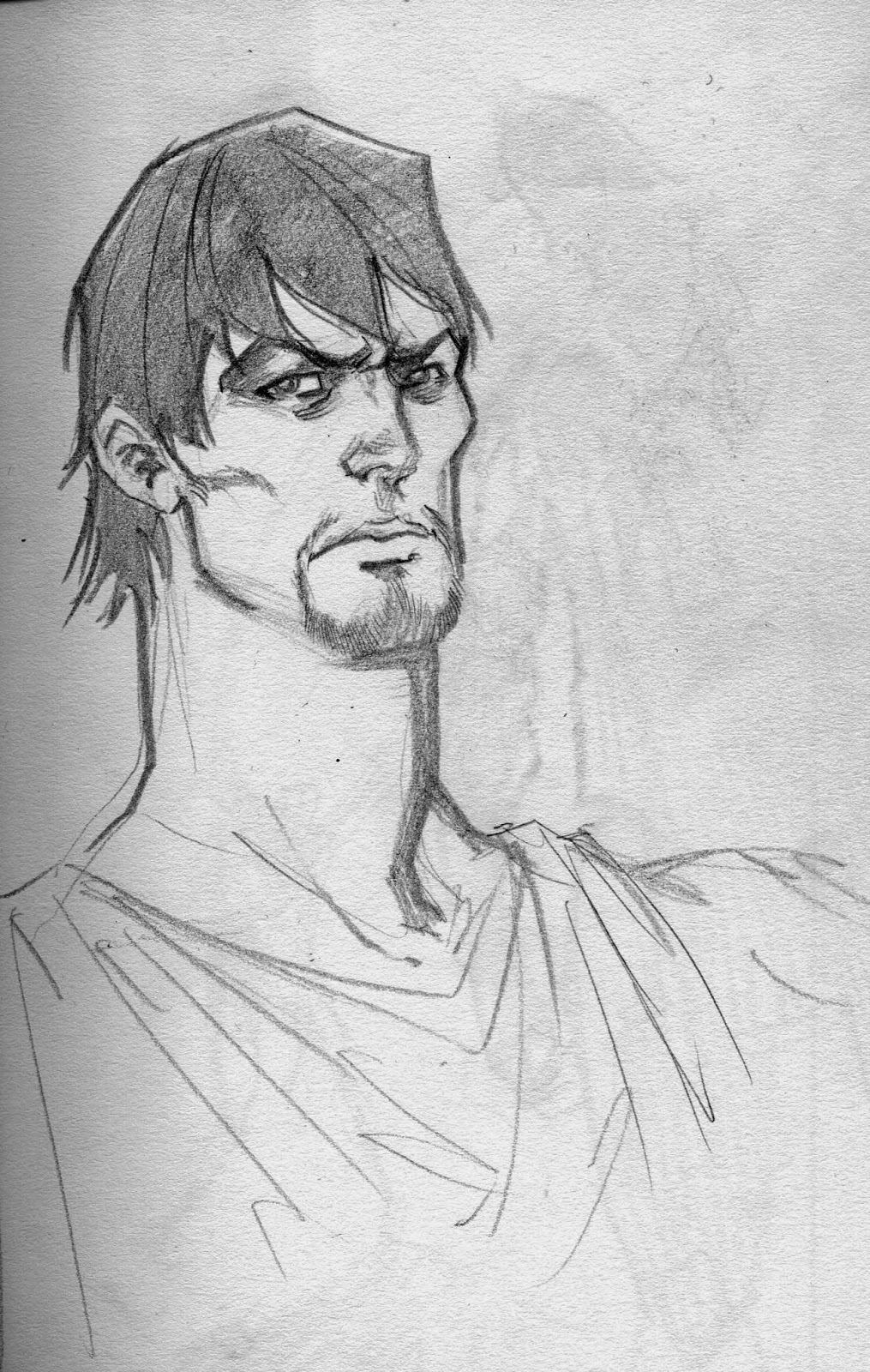 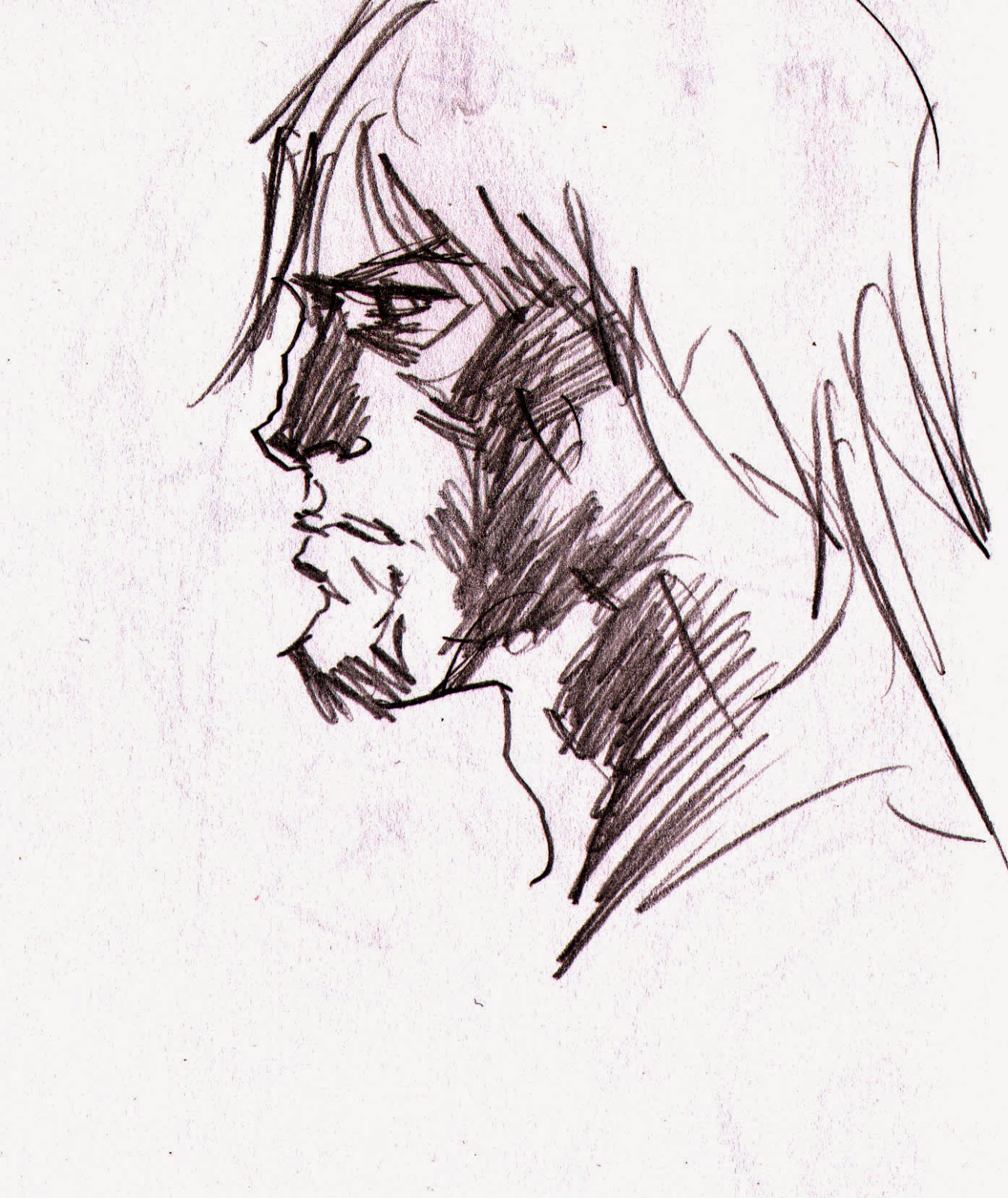 Sketchbook work figuring out the appearance of Hades.

His armor, which he only wears for the abduction scene. I ought to use it again, somewhere/ 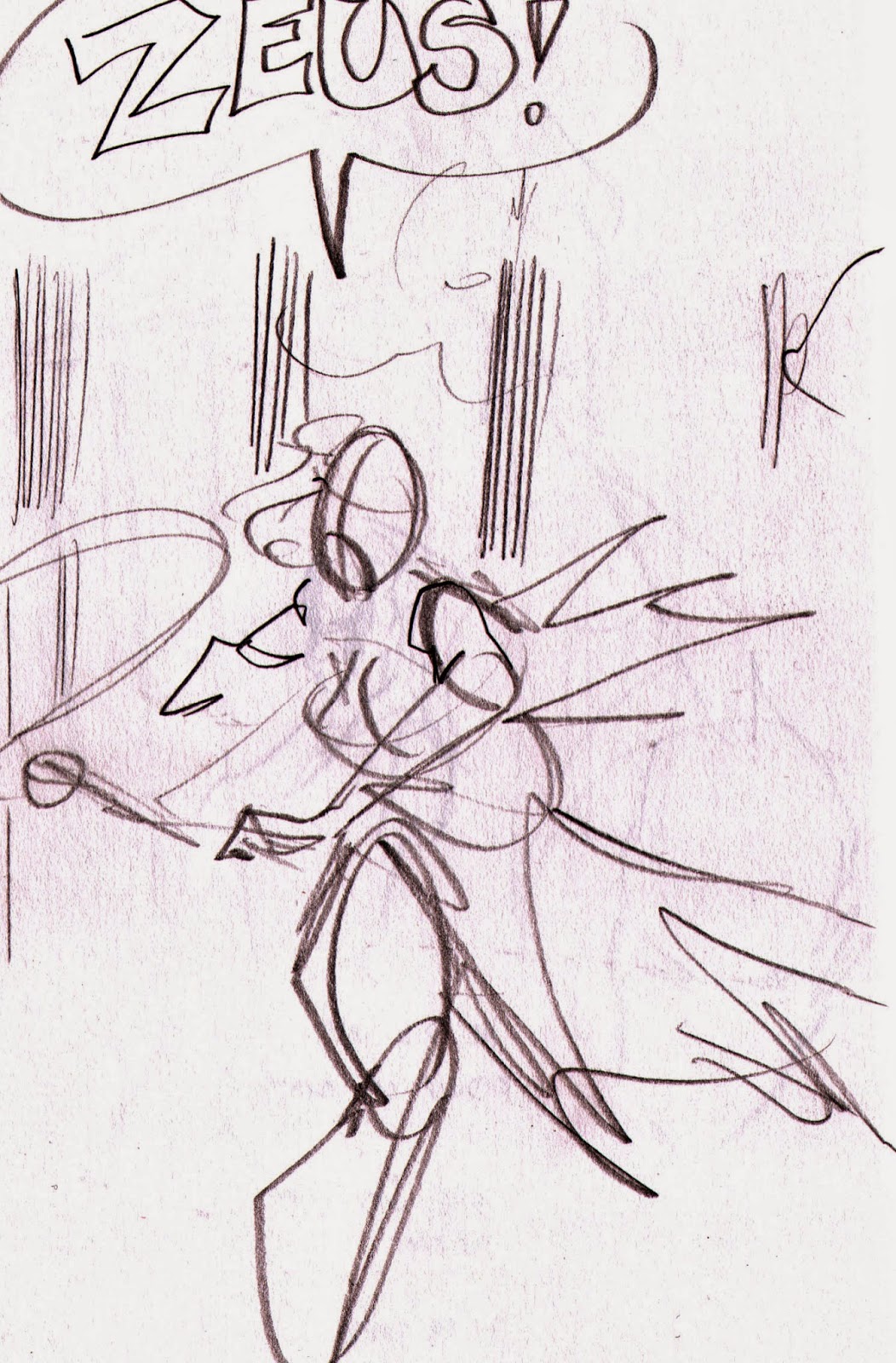 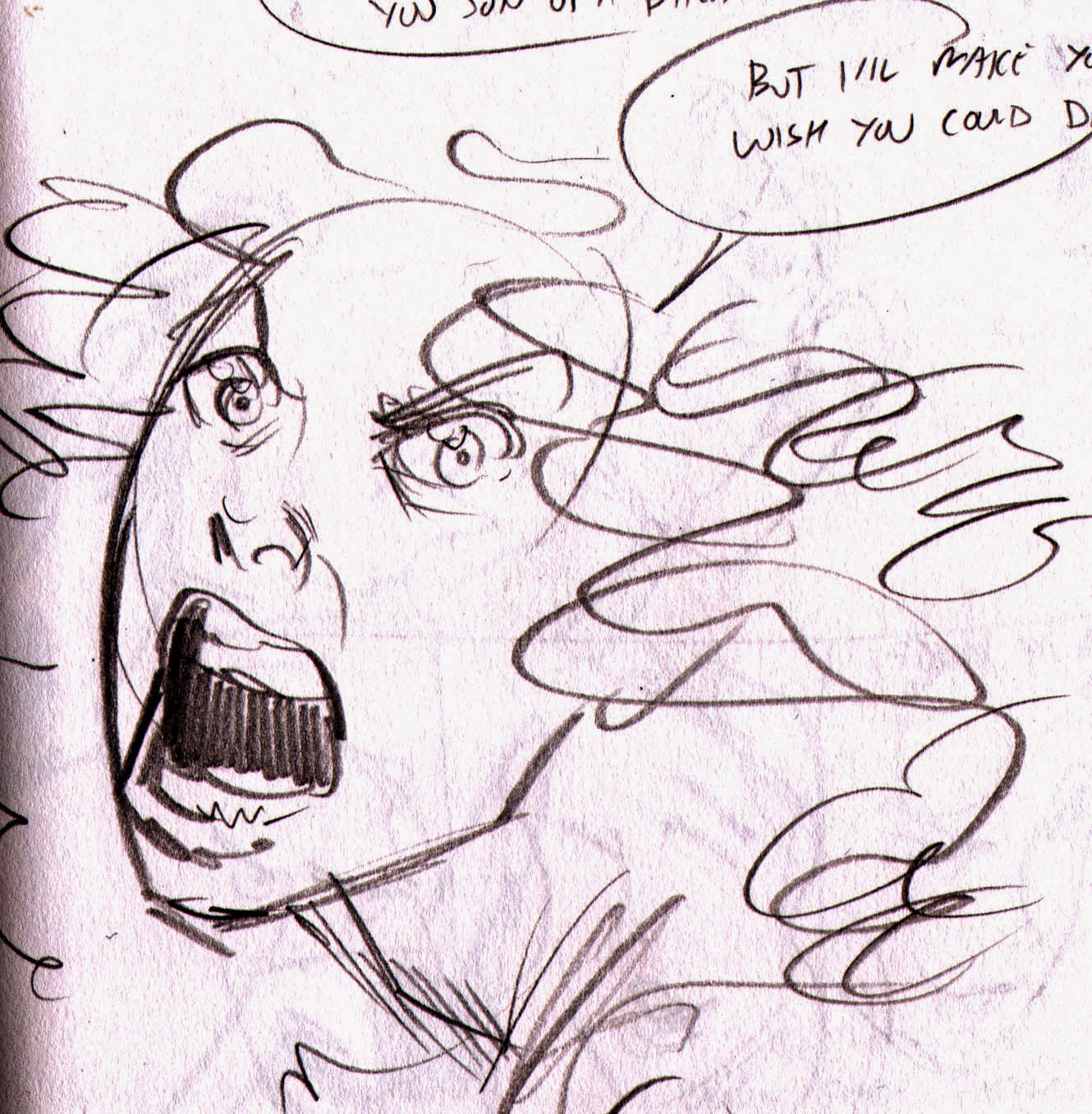 Demeter was my favorite character to draw in this story. These two sketchbook doodles found their way almost unchanged into the final book. 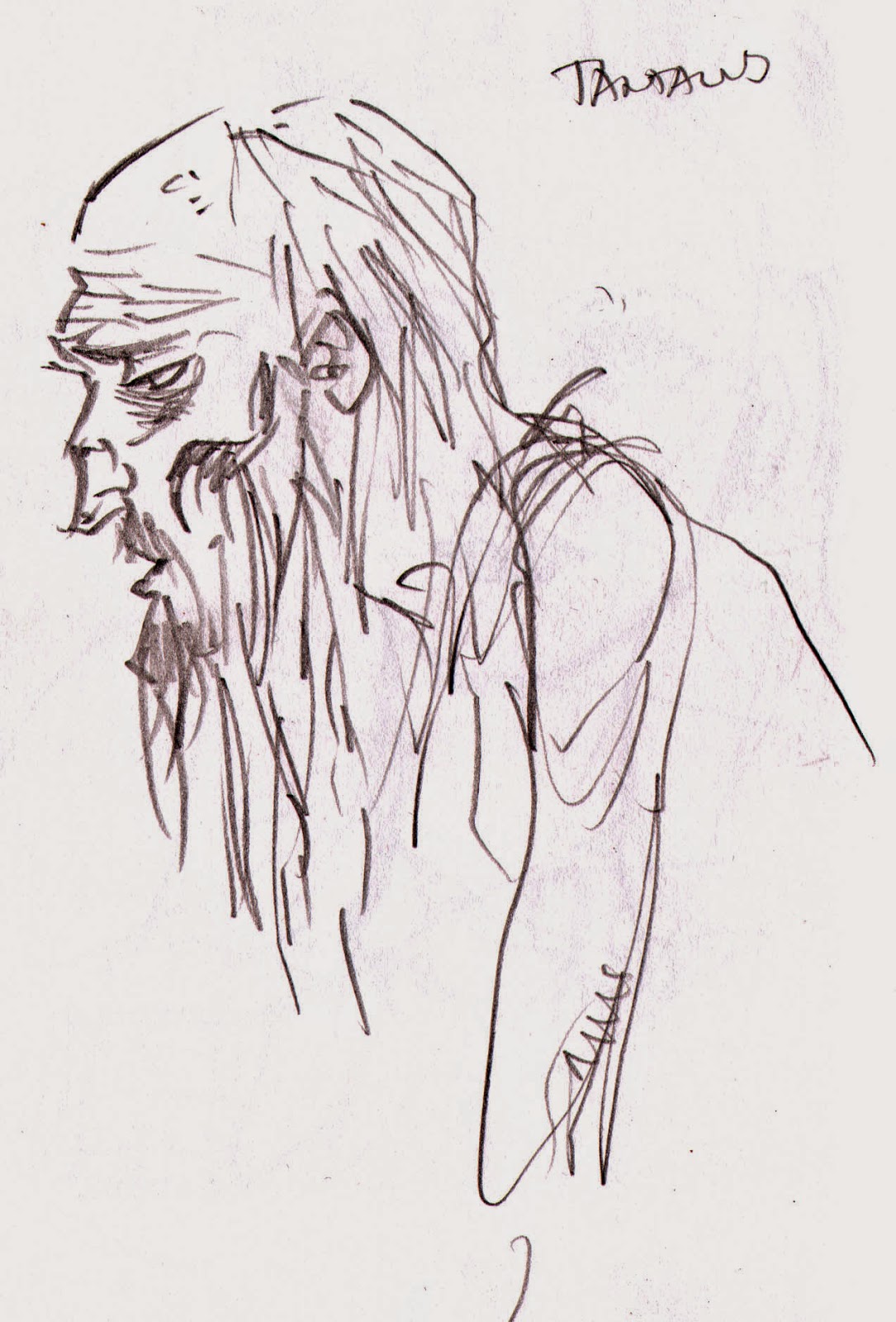 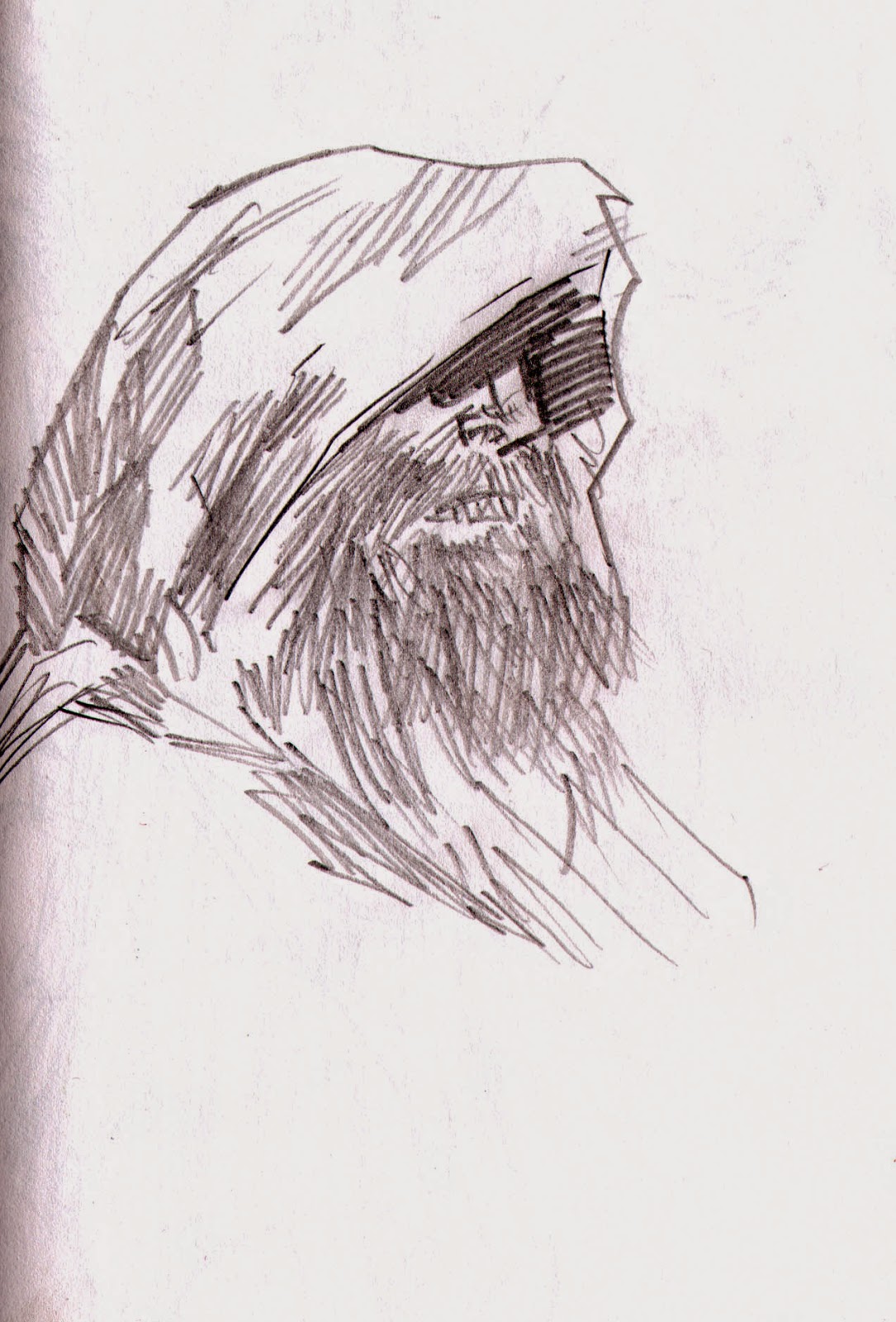 Two infhabitants of the Underworld, Tantalus and Charon. The Underworld is chock-full of old bearded dudes, apparently.

As I mentioned earlier, it took me a while to nail the look of Persephone. Above is the earliest drawing of her I could find. I went in some very different directions from here. 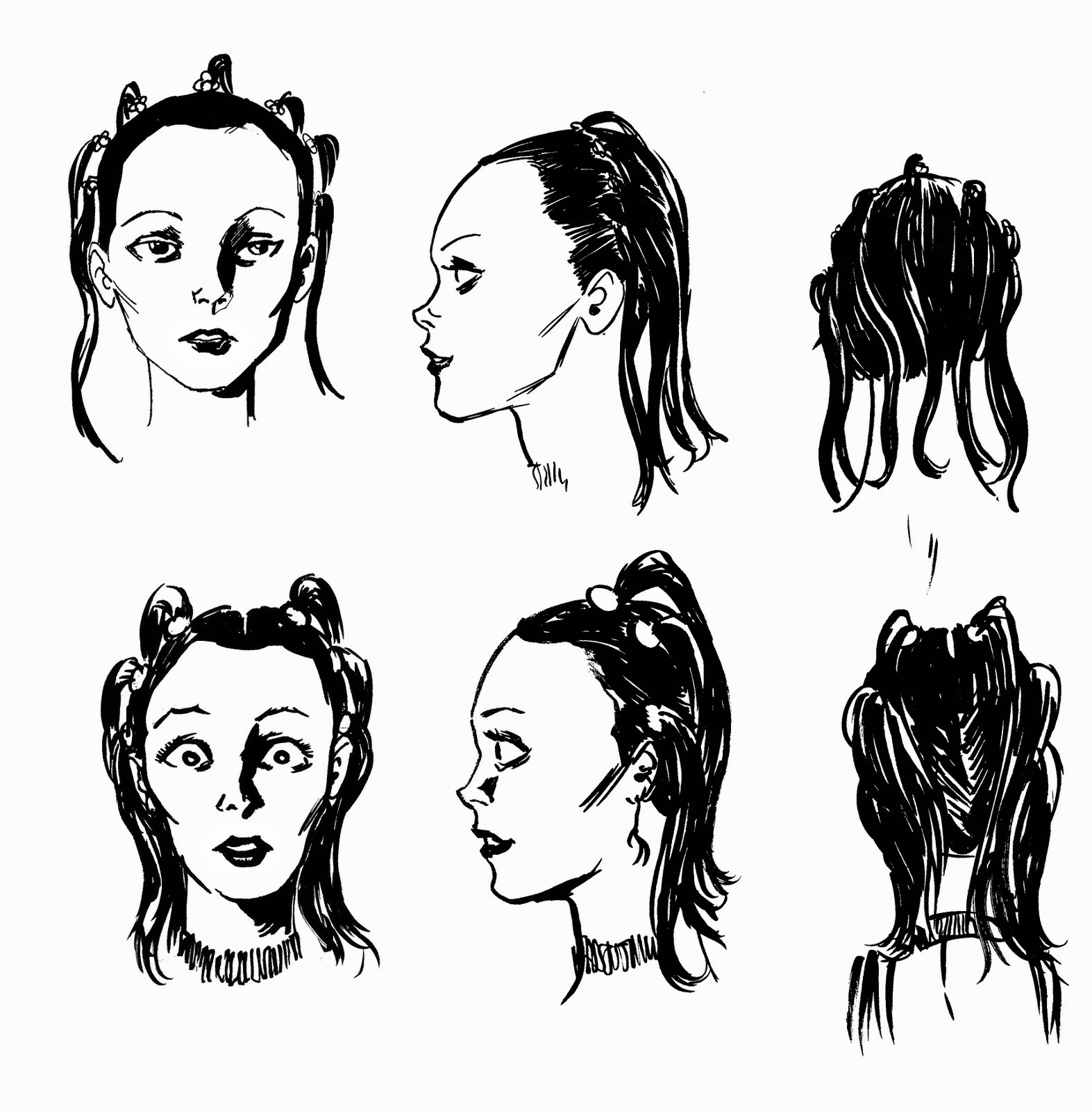 Above and below, figuring out hairstyles for Persephone. Top left of the above you can see the initial design that made its way onto the original cover for Hades; beneath it is something very close to her final design in the actual book. 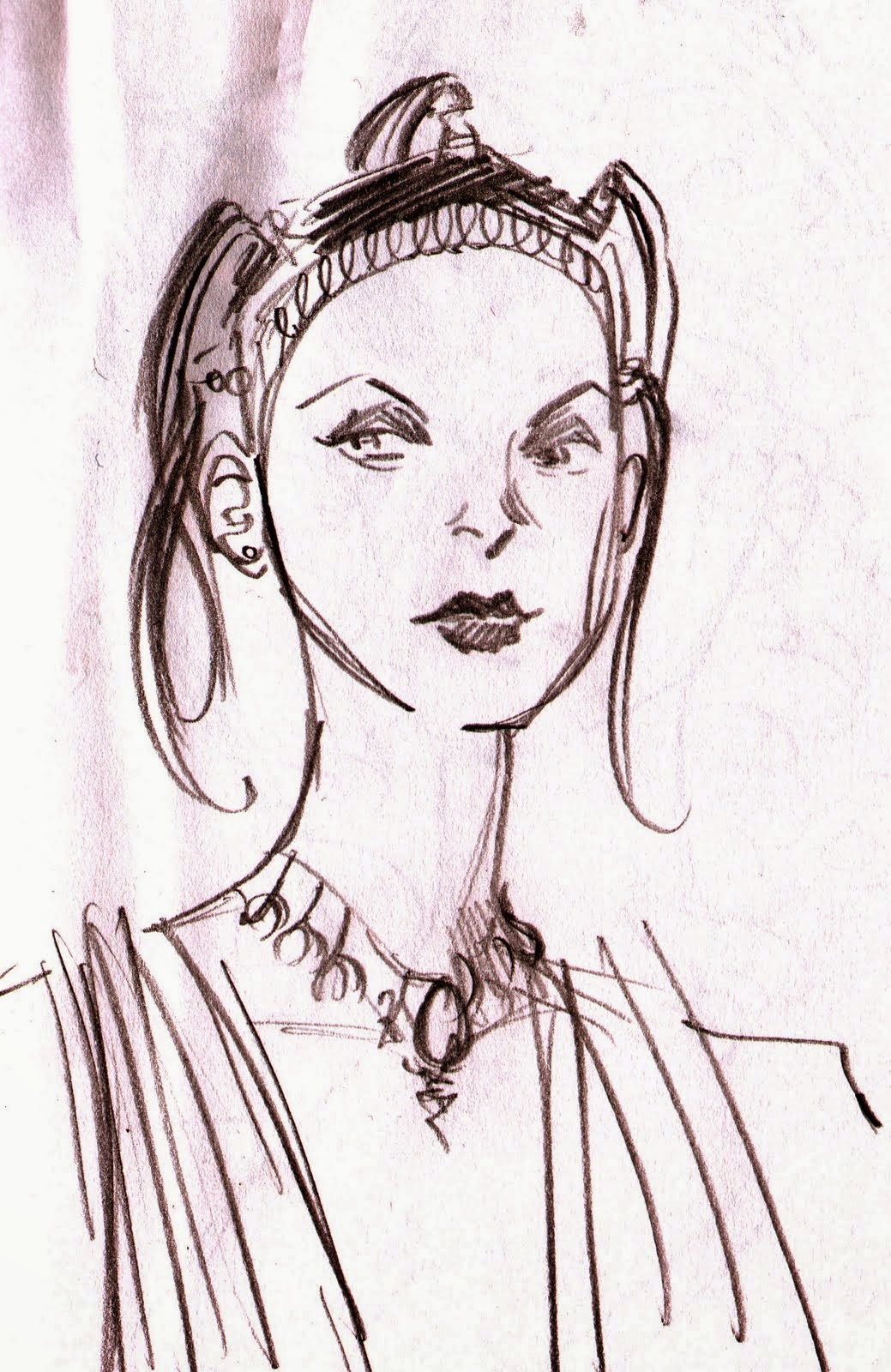 I really like this design; I wish I had worked it into the book.

Kore's dress after she transforms into Persephone.

Original color art for the book release party. Hey, come hang out with a bunch of dead people!

A little comic I drew upon learning that Hades: Lord of the Dead was nominated for a 2013 ReadKiddoRead Kiddos award for best series. I did not win :( . This is the first official appearance of the "Li'l Olympians" style of my characters, who will appear from time to time.  As many readers have pointed out, I messed up the season switch here. Persephone stays with her mother in the summer, not winter. I have no excuse for the mess up, and I'm pretty sure that's why I didn't win (not really). 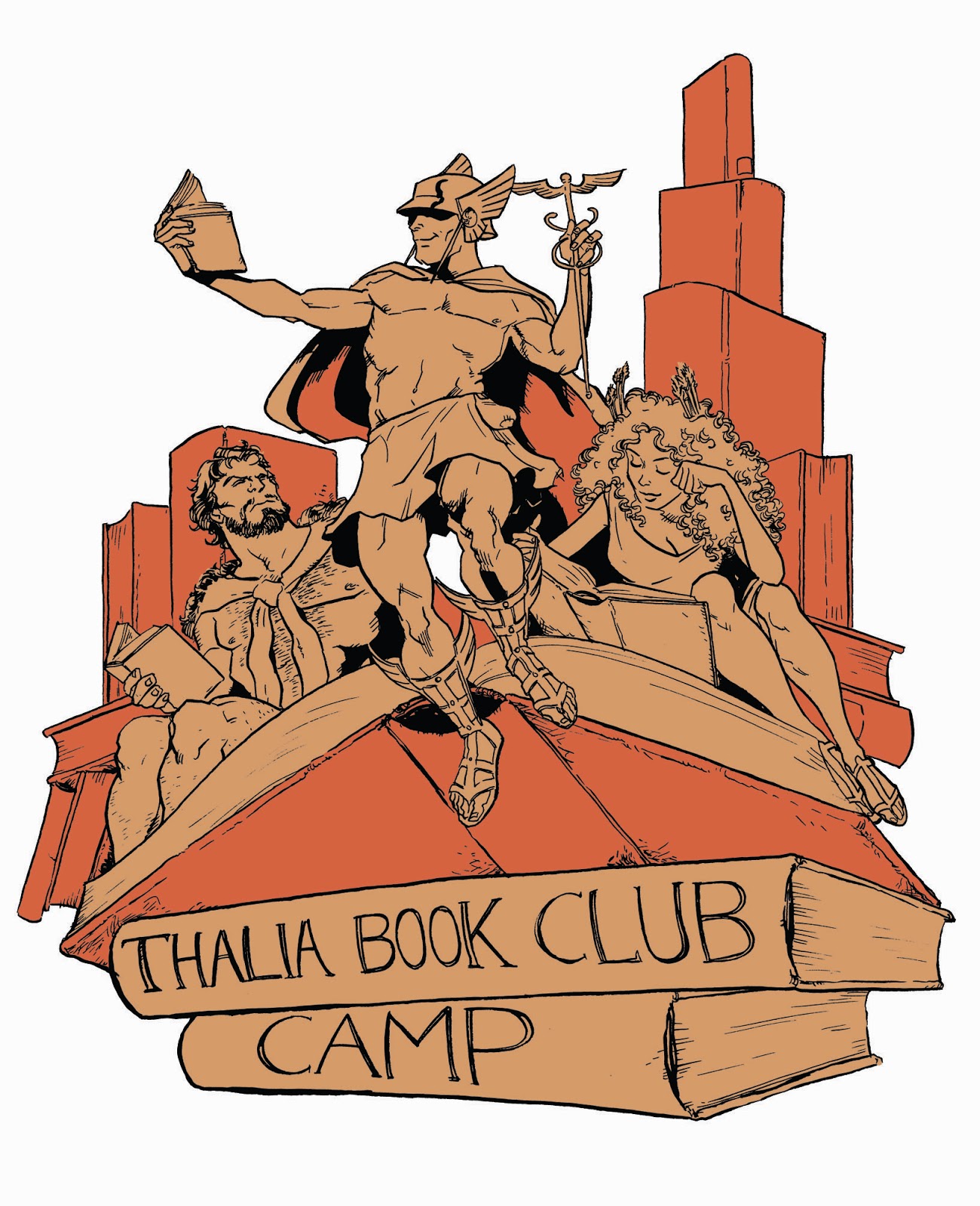 A t-shirt design I did about this time for the Thalia Book Club Camp at NYC's Symphony Space. Hermes, Heracles and Demeter get their read-on in an homage to NYC's Grand Central Station. 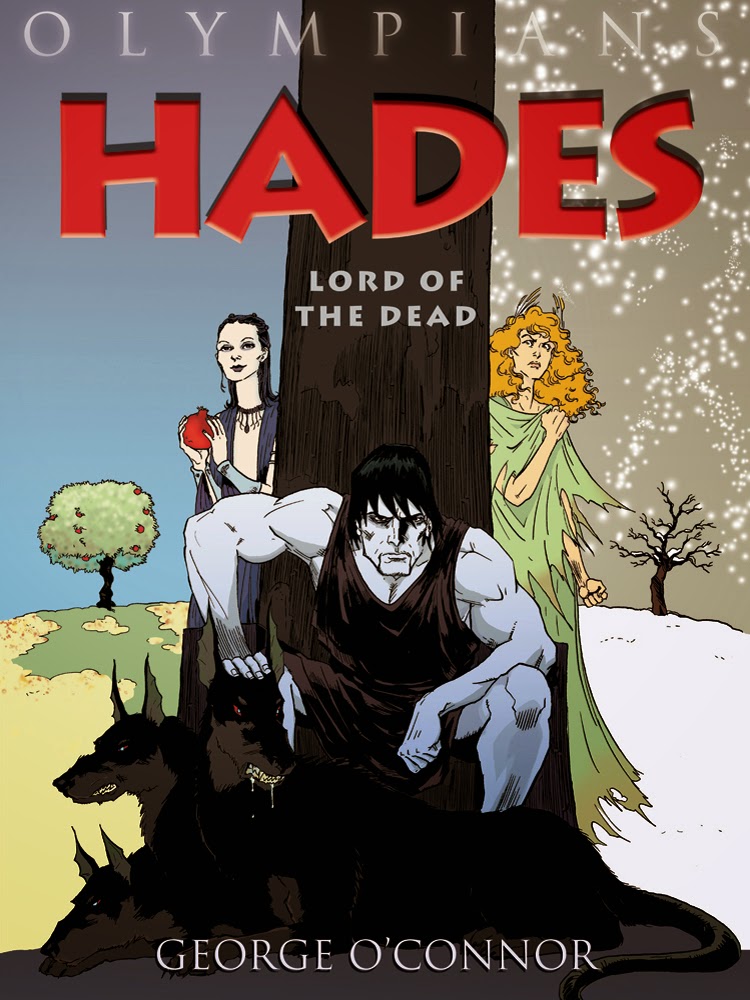 Closing out, here's the final, final cover of Hades: Lord of the Dead, with accurate subtitle and Persephone. Come back tomorrow for a look at Olympians Book 5-- Poseidon: Earth Shaker.